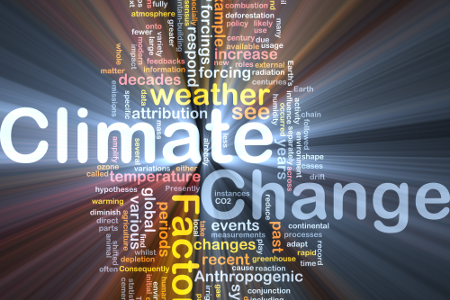 The countries of Southeast Europe (SEE) are extremely vulnerable to natural hazards. Ninety percent of SEE is located within trans-boundary river basins, which makes the region highly prone to floods. This was evident in May of 2014 when the region experienced the worst floods it had seen in more than 100 years.. Due to climate change, the frequency and severity of natural disasters, especially those of hydro-meteorological origin, are increasing in all SEE countries.

Governments in the region have very limited financial capacity to assist their populations in regaining assets and productive capacity destroyed by natural disasters. An illustrative example of this is the 1994 Macedonia floods, which caused damage worth 77 times the amount allocated by the government. For this reason, one of the basic tenets of disaster risk mitigation is the transfer of financial risk of natural disasters from the public to the private sector.

Catastrophe risk insurance is a means of transferring the financial and fiscal risk of disasters from government to the private sector. Not only does it protect the national economy, homeowners, farmers and SMEs, but it enables more effective targeting of government assistance following a disaster.

Currently, disasters affect the poor disproportionately. Resource-constrained consumer choices tend to cluster poorer households in disaster-prone areas; poor people have fewer coping strategies when disasters strike, and recurrent disasters erode their already minimal assets and livelihoods. The program will indirectly contribute to poverty alleviation and help protect the most vulnerable populations. By reducing governments’ fiscal exposure to natural disasters through provision of immediate insurance payouts, Europa Re will enable governments to have more financial resources to focus on post-disaster assistance to the poor. Moreover, considering that a large portion of the bottom 40 percent of population in SEE depend on agriculture for their livelihoods, a better insurance coverage of agricultural crop yields provided at the municipal level will enable local governments to implement appropriate post-disaster response and mitigation programs for these vulnerable segments of population. By improving disaster data collection for catastrophe insurance products, Europa Re is also increasing public and government awareness of disaster risk, which is important for sectors that are extremely susceptible to weather shocks like agriculture.

One of the motivating factors for the establishment of Europa Re was the necessity to develop (re)insurance mechanisms to increase the resilience of the countries of Southeast Europe (SEE) to climate change. The formation of Europa Re is aligned with and promotes the recent international drive to utilize disaster risk financing and hedging instruments as part of climate change adaptation. Europa Re supports affordable catastrophe insurance products for consumers and market-based risk transfer mechanisms for governments which are central to this approach. The Facility was designed to address the problem of low penetration of catastrophe insurance in SEE by increasing the outreach of Europa Re to consumers in current member countries and expanding the program to other countries in regions prone to natural disasters, such as Bosnia and Herzegovina, Romania and Kazakhstan.